There is a dichotomy to life that makes it so intriguing. Dichotomy gives color, shading, nuance, complexity, and through all this- tremendous scope for creative/artistic exploration. There is dichotomy in everything and in us, and I feel exploring that helps provide insight, understanding, and acceptance toward the world, and toward ourselves.

Once many years ago, I was in conversation with a dancer – Shankar Kandaswamy about a composition, the Dharu Varnam “Mathe” (a composition of Muthaiah Bhagavathar) – and he pointed out to me the duality that exists within each descriptive line of the Goddess. The first line describes her as both Mother and daughter.  The second line describes her as both delicate and fierce.  The charanam line describes her as both dark and emanating light. I liked this interpretation and it stayed with me through the years. As I have experienced motherhood and other life experiences as a female, I see in myself and in all of womanhood the duality and a certain seeming dichotomy that characterizes the Goddess. Aren’t these Gods and Goddesses a symbol of life and spirit? 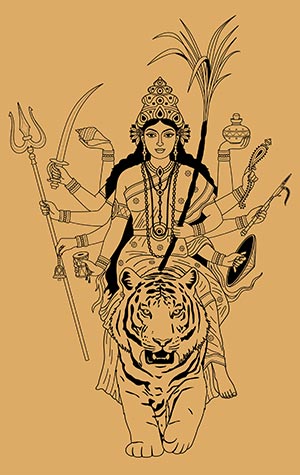 As artists, it is impossible to separate the world of beauty that we experience through art, with the world we live in and experience. Earlier, my world of dance was a utopian world. A reality of a different kind.

I felt, the world was the world, mundane and harsh; but Dance was a vehicle to experience and express another world: the esoteric – one of beauty and harmony, one in which all drama ultimately culminated in balance and upliftment. While that intention still remains strong, there seems new impulse in me to also use my dance language to negotiate my experience as a human of the world around me, and perhaps its connect or disconnect with the “other world.” Therefore, my thoughts about the Goddess, about femininity, about womanhood cannot but intermingle with what is happening in the world around me.

Why then are female babies considered inauspicious? Why is in vitro gender ID revelation illegal in India but because of the danger of female infanticide? I shudder to think there are still rivers where female babies are drowned! Why is this horrible practice of Sati – burning of the widow with their deceased husband, or even the outcasting of widows still practiced? All of these in a culture that simultaneously glorifies and worships the Goddess as a symbol of auspiciousness and fertility.

She is often described as worshipped by all, including the most powerful Gods. She is described as Sakala Bhuvana Saarva Bhaume, ruler of the entire universe. Why then are women still considered second to the man? In the workplace – why are they not compensated equally for the same position? In domestic life – why is there such a thing as dowry? Why common usage of the phrase “Mrs.” which is derived from “Mr.’s”? Why this practice of the woman giving up her surname for her husband’s?
Sure, female infanticide and sati may be more prevalent in rural villages; but these above things are seen as completely normal in the most urban cities.

Sharanye – the giver of refuge. Jaya Jaya He Mahishasura Mardhini. Victory to she who is the destroyer of the demons!
Where is the refuge for she who is constantly looking over her shoulder for demons? Who has to rush to her car with her heart beating in parking garages, or clutch her phone tightly in a stairwell, or make sure she tells someone her whereabouts before going into a public restroom alone. These are our daily realities. A far cry from the fierce Goddess, wielding multiple weapons, with one foot on the chest of the power-hungry demon.

This week, I woke up to news of an 11-year old girl raped by 22 men from her apartment building in Chennai over a period of 7 months. Who is going to destroy these demons? I assuage my 3-year old daughter’s fear of monsters by telling her there is no such thing. Did that 11-year old’s mother tell her the same? That there was no such thing as lift-man monster, or water-man monster, or a neighbor-monster? Do I have to warn my daughter against all the monsters in disguise in her life? To be wary of even people she trusts, the music teacher who might take advantage of her, the colleague who might violate her, the family friend that she should keep her distance from…

In the Charanam (second half of this piece), she is called “Shyame,” the dark-colored one. The Goddess being glorified as a “dark beauty” is too ironic in a country where skin-lightening creams are plenty, and being described as “fair” is a compliment. I think sadly of the lady who cooks for us in Chennai, who is embarrassed to show me her baby grandchild’s photo, as she says apologetically “she is very dark.”

Shyama/e also has a spiritual connotation as the dark blue color is a color the one experiences in meditation, and for that reason considered auspicious. In the context of this piece, I wonder if the dark color can also refer to a bearing of burdens. There is a myth that the Yamuna river took on the dark blue color when a mourning Shiva jumped in her following the death of his beloved wife. Yamuna absorbed his pain and turned dark in color. Could the same be for Shyame, who takes on the vulnerability, the stigma, the degradation, the inequality experienced by the Woman?

The line ends with Shashimandala Madhyaga – the one who exists at the center of the halo of light. What is light, but hope? Hope for the future. And where is hope without fresh starts, without birth, without future generations?

And where are future generations without the creative womb of the female?
The very womb that makes her vulnerable, that puts her in danger, that makes her a liability as a baby, that lessens her value in the workplace.

Dichotomy can be beautiful in its complexity. But also very very ugly in its hypocrisy. Sickeningly so.

And what role does art play in all this? As an artist, sometimes it just feels necessary. For myself. To negotiate the world around me through the language that I know best.

Art is a powerful medium. 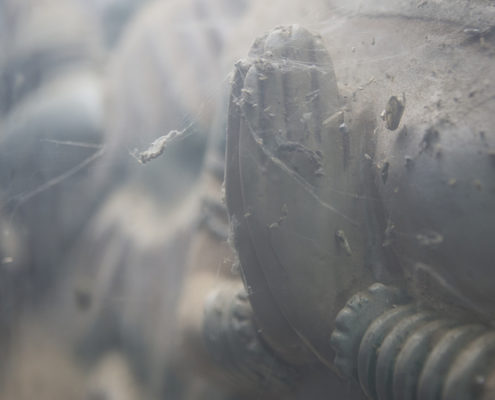 The other day, I watched Nannette by Hannah Gadsby. I felt stunned, disturbed, and moved as a human being, and awed as an artist. The craft with which she had “transformed” her audience was so incredible and powerful. It made me think about Classical dance. When we think of “rasa” or “transformation,” there is a certain assumption of upliftment and transcendence. Yes, ABSOLUTELY. Ultimately that is the goal for both artist and audience. But dance and art are also about Human experience, which is not always uplifting.

Sometimes I wonder if compartmentalization is a downfall….

How can I dance about the “female principle of the universe,” as a far removed Goddess – pictured in sculptures in temples or pooja rooms, or drawings in comic books? Where does she live, but in the now? In me, in my mother, in my daughter, in my friends, in the people of the world.

We often speak of the fierce mythological battles as symbolic of the inner struggle – the fight put on by the “ego.” Yes, absolutely. But the battle is also a harsh daily reality around us. Mahisha exists, Chanda and Munda exist, not only within us. They share the world with us. And they’re not wearing demon horns and carrying swords…. they’re our fellow human beings.